He has a Bachelor’s Degree in Interdisciplinary Studies from Berklee College of Music and a Professional Certificate in Ableton Live, as well as a Master’s Degree in Arts Leadership and Cultural Development from Colorado State University.

One thing that distinguishes Conrad Askland is his masterful ability to take a big-picture creative concept and navigate the individual steps and complexities to bring it to life. “There is a challenge to integrating a script with music. There are many elements to consider, such as plot, character arc, subtext and how the music segues,” he explains, “You start with one bit and methodically work through the layers. It’s a lot like writing a novel. You only see five steps ahead at a time.”

Throughout his career, Conrad has worked on hundreds of productions in a variety of roles − from musical director and keyboardist to composer and bandleader − and in numerous locales around the world. He was the musical director for “Rock of Ages” and “Burn the Floor,” as part of N.C.L. International, New York City. Prior to this, he was the chef d’orchestre for Cirque du Soleil’s “ZAIA” show in Macau, China. During breaks between international projects, Conrad created book, music and lyrics for the original musicals “Witches” (2012), “Pan” (2013), “Romeo and Juliet” (2015) set to William Shakespeare’s original text and a musical about adolescent conversion therapy called “Pray the Gay Away”® (2019). 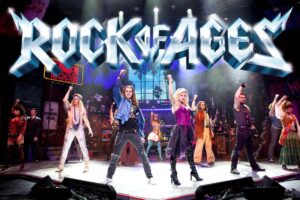 A native of the Pacific Northwest, Conrad was born into a musical family. His grandparents were jazz musicians and his father was an amateur opera singer. One of Conrad’s earliest musical memories was as a five-year-old singing along to “Jesus Christ Superstar” and “Fiddler on the Roof” on headphones. He started playing piano when he was nine years old and went on to learn French horn, bass guitar, harpsichord, accordion and pipe organ. He was a member of the Northwest Boys Choir and also performed with the Seattle Opera, both as a member of the chorus in “Tosca,” Boris Gudonov” and “Carmen” and in the title role for “Amahl and the Night Visitors.” 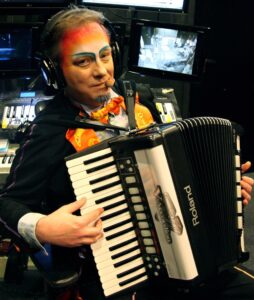 Conrad is a lifelong student of music and his extensive studies include composition and voice, film scoring, music theory, music law and vocal performance. He has taken classes with Pacific Lutheran University, University of Miami, UCLA, Harvard and the Berklee College of Music, where he is presently working on a new degree in the business of music. Conrad also has a professional certificate in Ableton Live, a specialized recording software for music production and live performance. 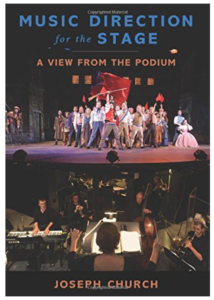 In addition to theatrical and musical production, Conrad’s professional resume includes performance and recording. He spent seven years as the touring keyboardist with Grammy-winning country artist Freddy Fender of the Texas Tornados and appeared with Fender on the American Latin Music Awards. He also toured with Roy Rogers Jr.  He has performed at notable venues such as the Grand ‘Ol Opry, Knott’s Berry Farm and House of Blues and has also played in multiple show bands in Southern California and Las Vegas. As founder of Road Records in Southern California, Conrad spent 16 years engineering and producing numerous albums in a variety of genres, from rap, heavy metal and pop to electronica, contemporary Christian and country. He has also launched a successful line of corporate audio products and actively composes for numerous corporate clients.

Although his expertise is considerable, Conrad has a particular interest in original theater works, new musicals and film scores. A hybrid composer, he enjoys integrating traditional orchestration with digital sampling. He has a passion for working as part of a creative team and is comfortable with small and large organizations. No matter the project, Conrad’s enthusiasm for his work is robust. “I really just want to work on the next cool show,” he says, “I like creating things that people want to see and hear.”