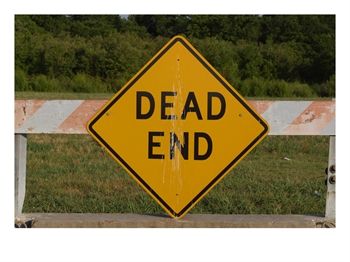 “I don’t understand how an airplane can fly, so they don’t. Can you build an airplane? Didn’t think so. Then you don’t know they can fly either.” This might be an example of the Logical Fallacy: Argument from Ignorance. Something must not be true because the person cannot understand or comprehend it. It was identified as flawed logic over two thousand years ago, yet it is the preferred fallacy many people use in debates online and in forum discussions. I think most people really don’t realize they’re doing itÂ until it’s pointed out to them. So here’s some reference information. I see the Argument from Ignorance being posted “Ad Nauseum” in creation vs. evolution debates (can you guess which camp is usually the one posting it?).

What is a logical fallacy?

A “fallacy” is a mistake, and a “logical” fallacy is a mistake in reasoning. There are, of course, other types of mistake than mistakes in reasoning. For instance, factual mistakes are sometimes referred to as “fallacies”. However, the Fallacy Files is specifically concerned, not with factual errors, but with logical ones.

In logic, the term “fallacy” is used in two related, but distinct ways. For example:

Clearly, these two senses are related: in 2, the argument may be called a “fallacy” because it is an instance of Argumentum ad Hominem, or some other type of fallacy. In order to keep these two senses distinct, I restrict the term “fallacy” to the first sense. For me, a fallacy is always a kind of argument.

For the second sense, I will say that a specific argument “commits” a fallacy, or is “fallacious”. So, in my terminology, 2 above commits a category mistake, for there is no way that your specific argument could be a fallacy. I would say, instead:

However, not just any type of mistake in reasoning counts as a logical fallacy. To be a fallacy, a type of reasoning must be potentially deceptive, it must be likely to fool at least some of the people some of the time. Moreover, in order for a fallacy to be worth identifying and naming, it must be a common type of logical error.
History

However, Aristotle’s teacher, Plato, deserves credit for being the first philosopher to collect examples of bad reasoning, which is an important preliminary piece of field work before naming and cataloging. Plato’s “Euthydemus” preserves a collection of fallacious arguments in dialogue form, putting the perhaps exaggerated examples into the mouths of two sophists. For this reason, fallacious arguments are sometimes called “sophisms” and bad reasoning “sophistry”. Aristotle refers to a few of these examples as instances of his named fallacies.

In the centuries since Plato and Aristotle, many great philosophers and logicians have contributed to fallacy studies, among them John Locke, John Stuart Mill, Jeremy Bentham, and Arthur Schopenhauer.

1. Even if you could count on reasoning correctly 100% of the time, you cannot count on others doing so. In logical self-defense, you need to be able to spot poor reasoning, andâ€”more importantlyâ€”to understand it. To be able to correct others’ mistakes, or to refute them convincingly, you need to understand why they are wrong.
2. Studying formal logic and the rules of correct reasoning is like having a road map that shows how to get from point A to point B. However, even the best navigators sometimes get lost, and it helps if the roads that go nowhere are clearly labeled “DEAD END”, “WRONG WAY”, or “DO NOT ENTER”.

That is what fallacy studies is all about: marking the wrong turns that reasoners are likely to take. Thus, studying fallacies is no substitute for studying the positive principles of good reasoningâ€”learning to navigate through logical space, so to speak. You would not set out on a trip without a road map, hoping to rely upon the “DEAD END” signs to get to your destination. Similarly, the Fallacy Files are no replacement for the study of formal and informal logic, only a supplement.

LOGICAL FALLACY – THE ARGUMENT FROM IGNORANCE

Both arguments commonly share this structure: a person regards the lack of evidence for one view as constituting evidence or proof that another view is true. The types of fallacies discussed in this article should not be confused with the reductio ad absurdum method of argument, in which a valid logical contradiction of the form “A and not A” is used to disprove a premise.

* “The solar system must be younger than a million years because even if the sun was made of solid coal and oxygen it would have burned up within that time at the rate it generates heat.” (An argument from ignorance, from 19th Century encyclopedias, based on the assumption that because there was no known means at that time of producing heat more efficient than coal, this logically put a limit on the Sun’s possible age. In fact in the 20th Century with the discovery of radioactivity and nuclear fusion, the sun’s age was more correctly dated at many billions of years old instead. The ‘ignorance’ in this case was the omission of considering whether there might be a more efficient generator of heat that has not yet been discovered, which had not been taken into account.)

* “If polar bears are (the) dominant (predator) in the Arctic, then there would seem to have been no need for them to evolve a white-coloured form of camouflage.” In his book Probability of God, Anglican Bishop Hugh William Montefiore casts doubt on neo-Darwinian evolution with that statement. This argument from lack of imagination was famously dismissed by the evolutionary theorist Richard Dawkins in his book The Blind Watchmaker, who wrote that if the writer had thought to imagine a black polar bear trying to sneak up on a seal in the arctic, he would see the evolutionary value of such fur.

One thought on “Logical Fallacy – Argument from Ignorance”