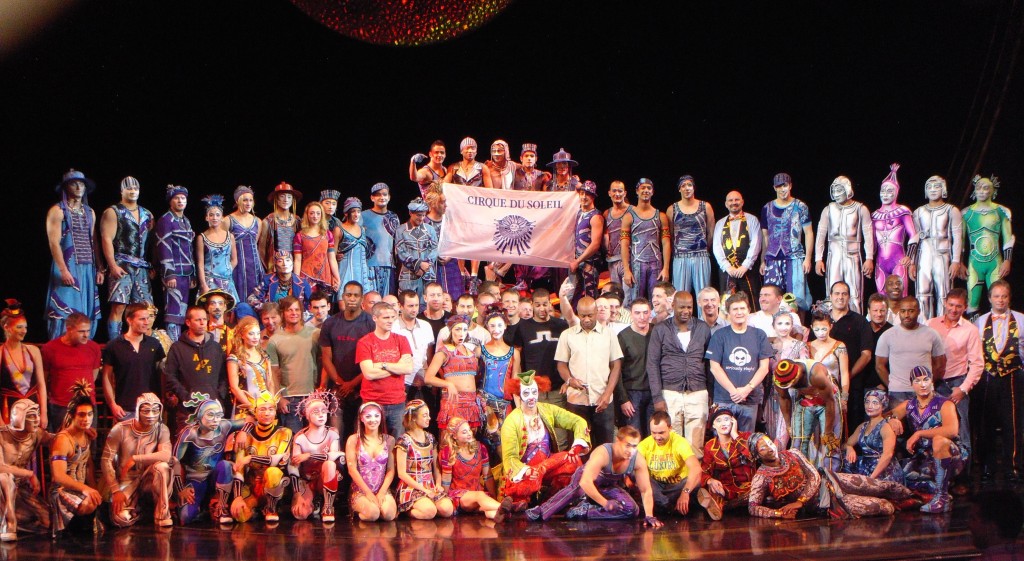 Manchester United visited Cirque Du Soleil’s ZAIA Theater in Macau, China as part of their promotion for the new Manchester United Interactive Football Experience located at the Venetian Macao. Here is the photo of MU with the ZAIA cast (I’m on the far right in the top photo). 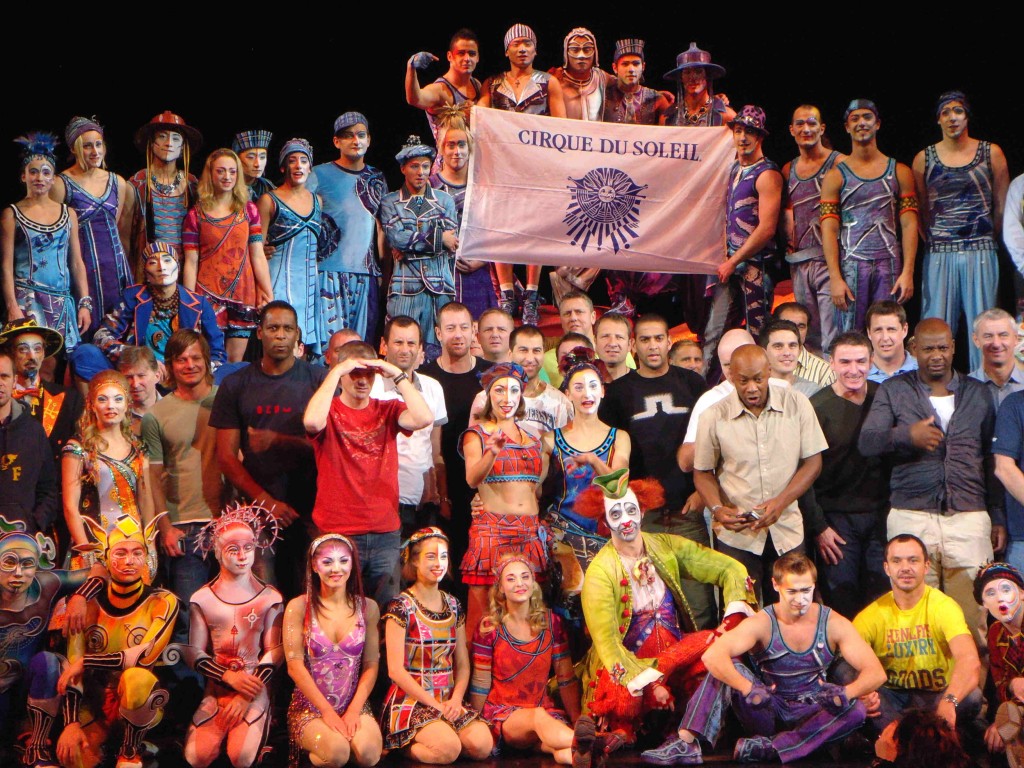 “I think the Experience is superb, it really captures the spirit and the atmosphere of this great club. The amazing way in which they have used technology makes it really feel like you are in the United dressing room or lining up with the players in the tunnel.” said Robson, former MU captain who was the longest serving captain in the club’s history.

During MU Experience, fans will have the chance to experience the drama and excitement of the build-up to a match at MU, including hearing Sir Alex Ferguson’s voice, without having to travel to Old Trafford.