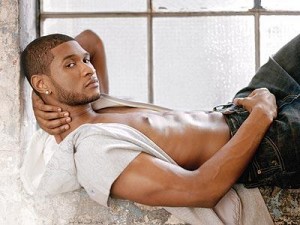 USHER, widely acclaimed as Michael Jackson’s successor and also known as “NEW KING OF POP”, will bring his “USHER Live in Macao 2010” to the CotaiArena™ at The Venetian® Macao-Resort-Hotel on July 13, Tuesday at 8pm. It will be his ever first time to perform in Macao! Tickets will be on sale – June 22nd @ Cotai Ticketing.

Time is testament to the mark of greatness, and in this era that mark belongs to USHER (originally named as Usher Raymond IV), the consummate entertainer who transcends the boundaries of popular culture, redefining the nature of superstardom. Usher’s considerable achievements begin with over 45 million records sold world wide and a stable of five Grammy awards. Throughout the years, USHER has released 5 studio albums in total, namely “Usher”, “My Way”, “8701”, “Confessions” and “Here I Stand” in which he has topped the U.S. album chart such as “Yeah”, “Burn” and “Love In This Club”. The singer, composer, producer, actor, businessman, designer and philanthropist is the quintessential contemporary icon, celebrated for nearly two decades.

With the new release of his monumental album “RAYMOND V. RAYMOND”, Usher returns to his original medium – making songs into masterpieces that illuminate the struggle between man and legend. To meet the theme of his new album, USHER cooperates with many top-level units. On “OMG”, set off by WILL.I.AM’s crisp beats, Usher takes it to the floor, and goes hard as the seductive melody comes to a frenzied crescendo. Also, “OMG” received similar Top chart position as both US and UK. Other supporters including Jarmaine Dupri, The Runners, Ester Dean, Polow Da Don, Redone, Bangledesh and Tricky Stewart.

Tickets for “Usher Live in Macao 2010” concert are now on sale at Sands Macao Hotel Lobby and CotaiArena Box Office in 3 categories: HKD/MOP 800 (A Reserve), HKD/MOP 600 (B Reserve) and HKD/MOP 400 (C Reserve). The packages with round trip CotaiJet ferry tickets between Hong Kong and Macao will be at HKD/MOP 888, HKD/MOP 688 and HKD/MOP 488 respectively.