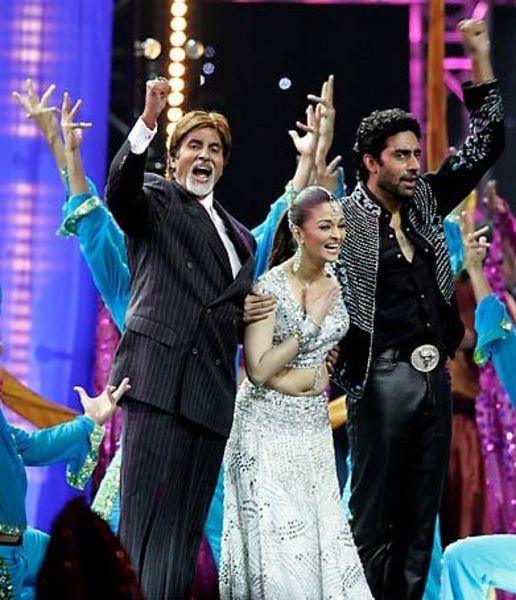 The Videocon IIFA 2009 awards will be televised from the Venetian Macau June 11-13, 2009. This award for the Indian film industry is popularly called the “Bollywood Awards”. Artists from Cirque Du Soleil’s ZAIA show will perform during the ceremony. I am told these awards are televised to 300-500 million people worldwide.

Yes, this is a pretty big deal. I don’t know when the ceremonies are aired in the USA but I’ll add info to this post if I find out before the airing. We’ll have extra shows of Cirque Du Soleil’s ZAIA for attendees of the event – and you can bet that the artists are working VERY hard right now to prepare for this presentation, in addition to their regular show schedule.

And did you know Cirque Du Soleil’s 25th Anniversary is the middle of June 2009? Things are jumping at the Venetian Macau in June!

Indian superstar Amitabh Bachchan visits Macau to announce that the Indian film industry’s leading global awards will be held at The Venetian this year.

The superstar of Indian cinema Amitabh Bachchan led a contingent which on Friday announced that the International Indian Film Academy (IIFA) will hold its annual awards ceremony at The Venetian in Macau in June.