I’m working on a theater piece and developing plot points between scenes and characters. It’s like being a detective going through the dramatic arcs of a scene and bridging the scenes together. Then matching motivation and obstacles so they are balanced and realistic.

END_OF_DOCUMENT_TOKEN_TO_BE_REPLACED

Actors’ Equity Association will permit Equity Actors (“Actors”) to participate in Stage Readings upon completion of the attached forms and under the following guidelines:

END_OF_DOCUMENT_TOKEN_TO_BE_REPLACED 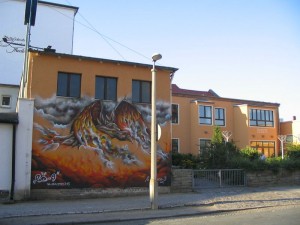 END_OF_DOCUMENT_TOKEN_TO_BE_REPLACED

Kristallnacht — the Night of Broken Glass

On November 9, 1938, the Nazis unleashed a series of riots against the Jews in Germany and Austria. In the space of a few hours, thousands of synagogues and Jewish businesses and homes were damaged or destroyed. For the first time, tens of thousands of Jews were sent to concentration camps simply because they were Jewish.Â  This event came to be called Kristallnacht (“Night of the Broken Glass”) for the shattered store windowpanes that carpeted German streets.

“Those that do not learn history are forced to repeat it.” Never forget.

END_OF_DOCUMENT_TOKEN_TO_BE_REPLACED

Sondheim says you can not make an audience like something, but they have to understand the intention. Preview performances focused on making things clear to the audience.

Stephen Sondheim talks about the writting of Send in the Clowns from A Little Night Music – with excerpts of the rehearsal with Sally Ann Howes. Insight into Sondheim’s composing process – he says he does not let lyrics or melody get too far ahead of each other during the writing process.

Sondheim says he likes to know how a song will end when he starts it.