“Art, in itself, is an attempt to bring order out of chaos.”
– Stephen Sondheim

A dwarf can see farther than a giant if the dwarf stands on the giant’s shoulders. With that idea I turn to the mind of Stephen Sondheim for insights into creating new works for musical theater.

I also have the great gift that one of my current co-workers has worked with Sondheim and will purportedly give me more insight into his work habits and ideas.

Here are my favorite excerpts from the Stephen Sondheim interview posted at:
http://www.achievement.org/autodoc/page/son0int-1

END_OF_DOCUMENT_TOKEN_TO_BE_REPLACED 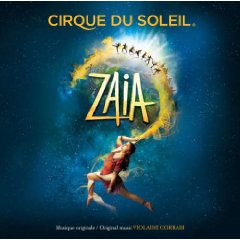 Stephen Sondheim talks about the writting of Send in the Clowns from A Little Night Music – with excerpts of the rehearsal with Sally Ann Howes. Insight into Sondheim’s composing process – he says he does not let lyrics or melody get too far ahead of each other during the writing process.

Sondheim says he likes to know how a song will end when he starts it.

Cirque Du Soleil ZAIA excerpts from one month after opening at the Venetian, Macau (SAR) China.