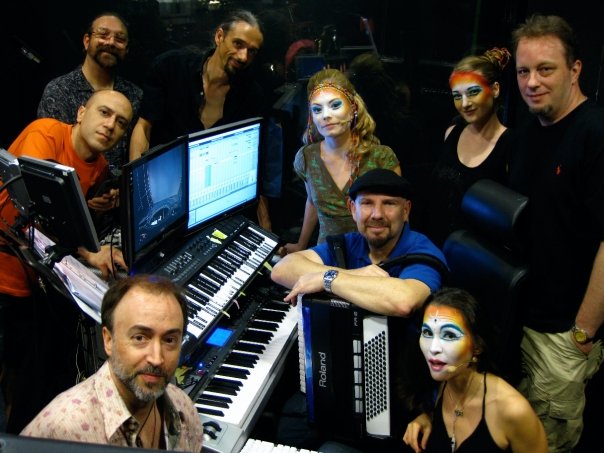 The Cirque Du Soleil ZAIA band, June 2009 in Macau, China. A rare moment where all the musicians are together for a photo opp.