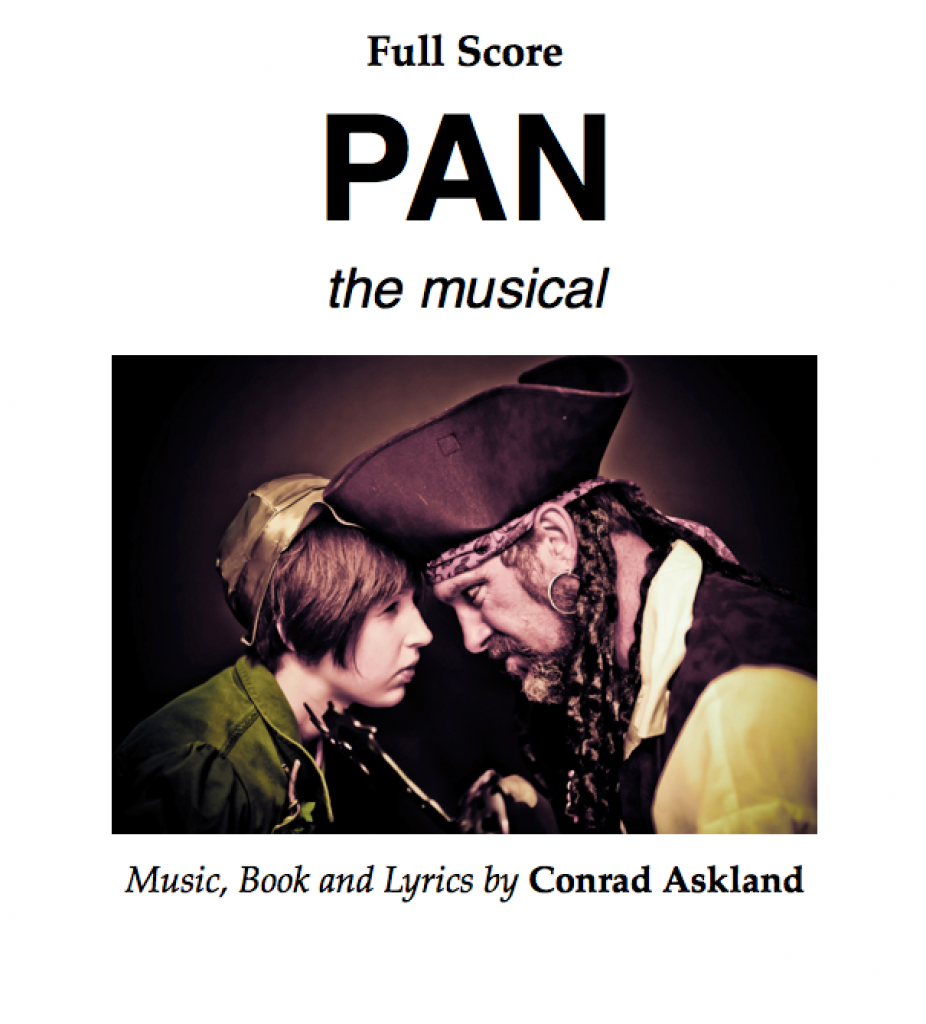 The scripts and scores are completed for my latest musical – “PAN” (http://www.PanMusical.com). Even though the show had a community theater premiere in Sept. 2013, the follow-up process of completing the scores is very intense. Edits to script and score from the live run have to be incorporated. Tech notes, alternate melodies, clarifications to script and tech, and the never ending process of adding as much complete information as possible to the final orchestral score.

The excerpt that meant a lot to me from the reviews was: “Askland creates more magic.” (From the Entertainment News Northwest magazine PAN review). And of course the cast and crew from the community theater run by META Performing Arts were wonderful and passionate to work with. And my favorite part of the live show? Hearing all the young kids go berserk trying to help save Peter Pan. So much fun.

The full score is just shy of 600 pages. PAN has a lot of wonderful underscores to highlight the different moods of the show. I believe this show will do very well in it’s current form. I absolutely love the show and local audiences gave an overwhelming enthusiastic reaction. But where it goes from here? Time will tell…

The scores will be sent off and then we’ll see where it goes from here. So, how final is the current version? Well, a musical is never finished. I have heard of authors making changes to dialogue YEARS are a show was in it’s professional run. But to me, this version is pretty darn complete for a professional run. A strong theater group can take the script and scores in their current form and run with it. It is complete. So now, off to the next project!

FINAL ORCHESTRATION FOR PAN THE MUSICAL (as of 06/14)

As of June 2014 I have the following available for PAN the musical:

This was such a fun show to work on, and the core drive of the show is a mix of audience interaction, high brow musical theater and vaudeville style gags for kids and adults alike. I really do believe this is the perfect show for adults to experience with their young children. It’s an exciting ride, sometimes funny and sometimes very dark and scary for youngsters. And at the end, the adults and kids have really experienced an adventure together. PAN is created for live performance and audience interaction.