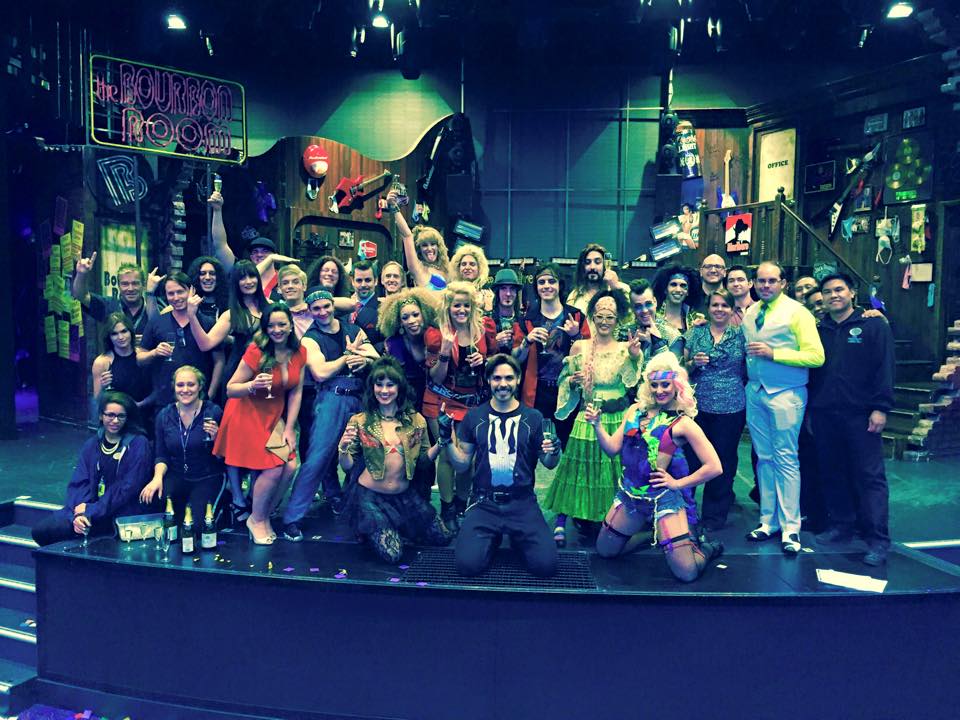 So once again I join the Rock of Ages cast as music director and keyboardist for the 2015 runs in New York and Bermuda. The band “Arsenal” is rocking hard this year with Guitarists Gino Del Sole, Andre “Virus” Karkos, Steve Such on drums and myself.

The hit metal songs from the 1980’s hair bands are featured in Rock of Ages the musical with songs by Journey, Twisted Sister, White Snake, Styx, Bon Jovi, Pat Benatar, Poison, Europe and many more.

This run’s band is awesome and it has been so great working with director Rye Mullis and Broadway director Kristin Hanggi on this run. Probably one of the best vocal directors I’ve worked with is Randy Glass also on this run.

What’s it like to be music director for Rock of Ages? With this cast and powerhouse of singers it’s a dream. One of the best rock choruses I’ve ever worked with and extremely strong rock soloists. 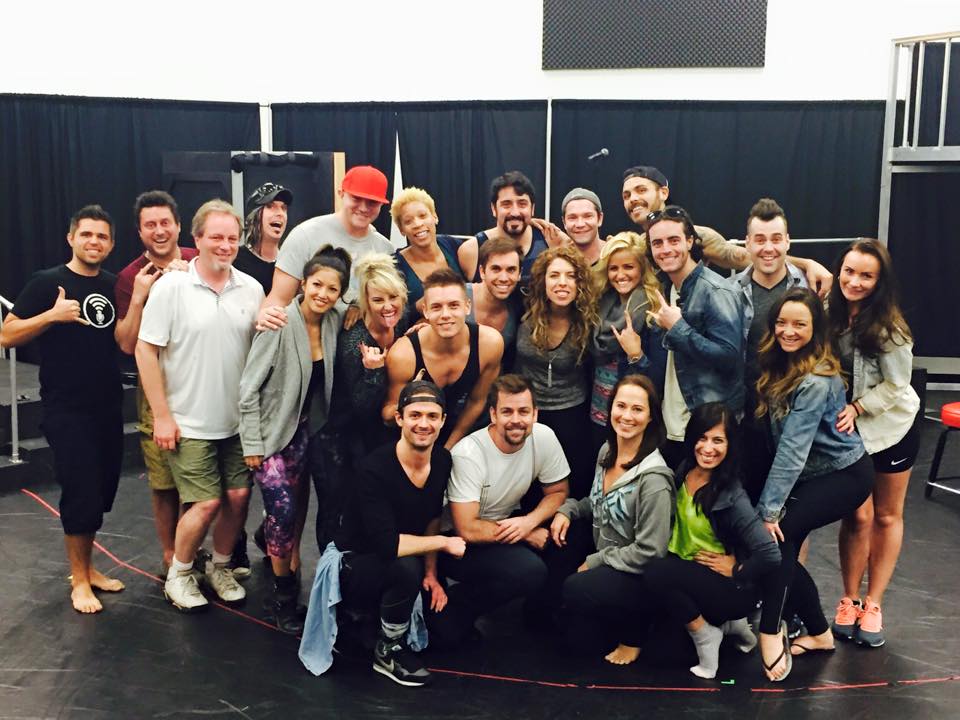 Here’s some photos of the band, which is called “Arsenal” in the show: 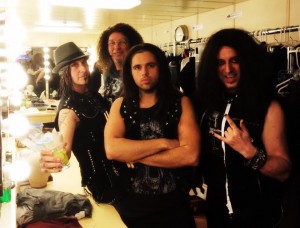 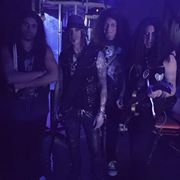 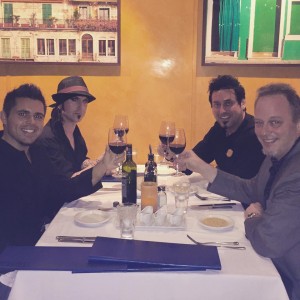 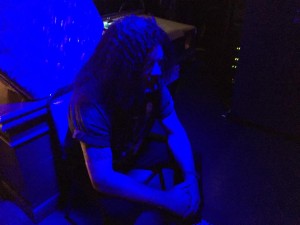