Are you here because one of the forums you belong to is down? I am updating some of my forum communities on other websites and they will be down for a couple days. I had originally planned on doing this in a rolling fashion for minimal down time but it’s much faster for me to just do it all at once. This means some forum communities will be down for 24-72 hours. I will try to be as fast as I can with the updates. Thank you for your understanding.

Seattle, WA – A little flashback here. I’m wondering how many people remember the early and mid 80’s clubs in Seattle that was Skoochies, City Beat and The Monastery. I’m also interested how many of those people ended up being in the arts as a profession.

I was talking to a theater director a couple days ago. He’s one of those people I feel a connection to and don’t quite know why. He’s very well read with a Master’s Degree in Theater and a Bachelor’s from Cornish. He was in the early Seattle Grunge scene playing in concerts with Alice in Chains before they got signed. And off the cuff I mentioned “Do you ever remember a club called The Monastery” – his eyes lit up and he said “SKOOCHIES!”.

These clubs are a difficult thing to describe if you weren’t there. They weren’t just clubs, they were entire sub-cultures. Every once in a while I overhear someone put down local Goths and I kind of smile (and usually remain silent.) I was what you might call a “Goth” in the early 80’s (we called it “Bat Cavers”) – did the all black outfits, ratted out the hair, wore makeup, danced all night til 4 am and carried all the intellectual faux we could muster. As an adult I don’t regret any of it, in fact it was a very formative time and I shudder to think that I would have ever missed it.

Our favorite bands were The Cure, OMD (Orchestral Maneuvers in the Dark). Bauhaus, The Art of Noise, Spandau Ballet, Prince, The Eurhytmics, etc…. 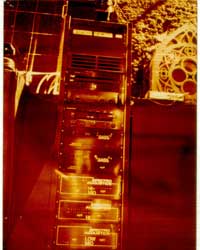 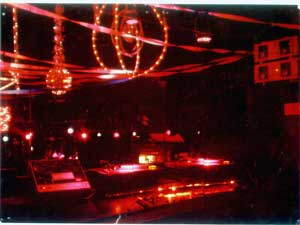 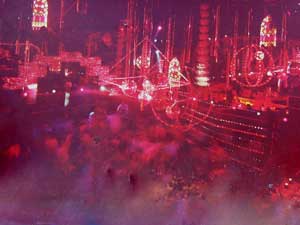 Maybe it’s a Seattle thing, maybe it’s an art thing, maybe it’s a Washington thing, maybe it’s just because I was raised outside Seattle. There’s a bond up here like I have never felt anywhere else. I’ve lived in Miami, Los Angeles, spent 20 years in Southern California and I can tell you – THERE IS ABSOLUTELY NOTHING LIKE THE ARTS AND EXPRESSION IN SEATTLE AND SKAGIT COUNTY. It is so rich you can taste it.

These clubs were a place for expression, for those of us that felt pigeon-holed everywhere else. Especially at The Monastery, it was a place to take things right to the edge. I recognized back then that this was a thing “for a time”, few things last forever. It is unfortunate I had many friends from that time that didn’t recognize this and they didn’t get out in time, and they are no longer with us. At the time many adults viewed us as having the “hubris of youth”. Now having a 20 year retrospect I don’t see it that way. It was a place for us to carve our identity, and some of us needed a little edgier carving than most desire.

Skoochies, City Beat and The Monastery all closed down. I know specifically The Monastery was a thorn in Seattle’s side for many years and finally got closed down after many attempts. But for us that were underage and wanted to experience life on the edge, it was a great place.

The innocence of the under 21 crowd in those clubs was evident, and there was a dark side to the older crowd that infiltrated some of those clubs, especially The Monastery. I don’t think those clubs would ever get off the ground in this day and age. For those that didn’t have a strong sense of self I’m sure there are countless horror stories and emotional scars.

I cannot tell you how many times in producing music or in the studio I pull from the sensations created in those clubs. Especially for dance tracks and avante garde scores, it takes me only a moment to remember The Monastery experience. For that I am very thankful because it is so unique. And I don’t regret any of. I’m also thankful I got out of the scene before it devoured me. For those that didn’t, I remember you and my heart goes out to you.

THE MONASTERY AND SEATTLE ART CULTURE
BY CHARLES MUDEDE

Cultural conservatives rely upon the singular example of the Monastery to bolster the argument that all-ages clubs necessarily result in perversion and debauchery. George Freeman ran the Monastery under the constitutionally protected cloak of the separation of church and state. The Monastery wasn’t a club but a religious sanctuary, free from the financial and legal restraints of the city government. It was an after-hours, all-night anomaly, defined and clothed in religious speak; one could only gain entrance to the place by becoming a member of Freeman’s church, paying tithes. There was a “baptismal” pool, and Freeman gave nightly sermons.

Although it raised the ire of parents who were alarmed at the pan-sexual nature of the clientele and the drug use within, the city finally clamped down on the club due to the panic over bathhouses and the spread of AIDS. Those same conservatives, however, ignore the fact that the Monastery was but one of a few clubs that were open and intended for all-ages shows. The one I remember best was a place in Pioneer Square called the Metropolis, because I frequented a reggae night they had there.

The larger problem, though, isn’t the obvious fact that idle youth who have nowhere to go resort to drugs and crime, but rather that American pop culture and the larger politic is almost wholly dependent on rampant youth for its life and vigor. Rock, punk, new wave, and hiphop are entirely youth entities. Without that deviant input, what we’ll end up is staid and fossilized–hence the Experience Music Project’s wholly fossilized youth culture.

To the current Goths and champions of counter-culture – I am too old to be part of your experience now, but I remember it well. Don’t let us old farts tell you how to dress or express yourself, and remember who you are through the experience so you can make it out in good form. I can tell you there is no reward for an early death (and no drama worth retelling) but there are great rewards for coming out the other side strong and bold. Be safe, realize it’s for a time and get out if you see things starting to crumble around you. If it gets REAL bad, please email me.

What made me get out? The innocent playfulness of the scene changed drastically when I turned 21. It was not playtime anymore. Every couple weeks you’d hear about someone you were acquainted with that had died, the late night intellectualism slowly revealed itself as drug induced repetitive blabbering, and most of all was seeing those who were older not accomplishing much. When I stripped away my rebelliousness from my visual presentation and focused it on ideas and art, I found life to be much more full for me.

Part of your Rite of Passage is when you realize you have been given gifts and they should not be focused inward, but outward in service. And of course, only an old fart would say something like that……

So give a shout out if you remember The Monastery, Skoochies or City Beat – and I’d be very interested to know what profession you are in now. You can post anonymously on this thread.

Update 09/09 – There is an active Skoochies group on Facebook, and a reunion has been scheduled for Sept or Oct 2009 – so join that on Facebook. Lots of pics uploaded, you may spot yourself in one!

Update 10/09 – October 3, 2009 was the “Skoochies Resurrection” reunion. 740 people attended in Seattle, Wa. I believe it was held at the actual original Skoochies building. 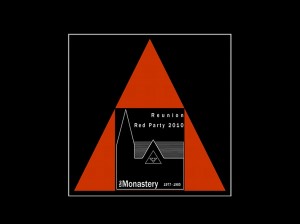 Update 07/10 – Here is the graphic from the 2010 Reunion Red Party for The Monastery (1977-1985). There is also an MP3 download of the music from that evening available. Should I make it available here?

UPDATE 09/19 – Conrad Askland’s fourth full length musical “Pray the Gay Away”® takes place in 1982 and includes an LGBTQ+ support group called “Youth Pride”. Some of the Youth Pride member costumes are being based around the look of people that went to Skoochies, Monastery and City Beat. Info about the show available here on this blog at https://conradaskland.com/blog/category/shows/ptga/ or at the official PTGA website: Pray the Gay Away