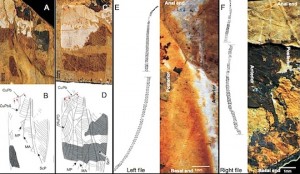 The love song of an extinct cricket that lived 165 million years ago has been brought back to life by scientists at the University of Bristol. The song – possibly the most ancient known musical song documented to date – was reconstructed from microscopic wing features on a fossil discovered in North East China. It allows us to listen to one of the sounds that would have been heard by dinosaurs and other creatures roaming Jurassic forests at night.