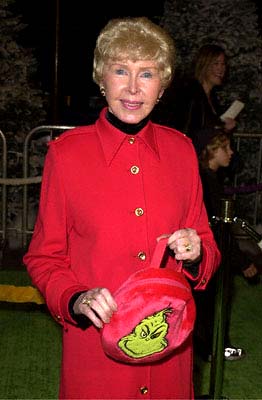 San Diego — Near the end of his life, Theodor “Dr. Seuss” Geisel sat down with his wife, Audrey, to speak of the past and of things to come.

” ‘I’ve had a wonderful life,’ ” Audrey Stone Geisel recalls him saying. ” ‘I’ve done what I had to do. I lived where I wished to live. I had love. I had everything.’

” ‘But,’ he said, ‘now my work will be turned over to you. And you will have to deal with those consequences.’

Nearly 13 years after her husband’s death, Geisel leads the global enterprise that has sprouted from Seuss’ beloved books — watching over the Cat in the Hat, the Grinch and all the other critters and characters who live on in movies, toys, games and ventures that perhaps not even the imaginative doctor could have envisioned.

Ted Geisel came into the world on March 2, 1904, when children learned from dull primers. In 1937, Geisel had just suffered his 27th rejection for his first children’s book, “And to Think That I Saw It on Mulberry Street,” when he bumped into a friend who worked for Vanguard Press.
Advertisement

“Ted told him that he’d been refused all of these times and he was going home to burn it,” Audrey Geisel says.

The encounter, of course, led to publication. The book created a stir among teachers and parents who feared it would encourage children to lie.

“It was so off the wall,” she says. “They even thought, ‘Oh, it might teach a child to fib,’ instead of imagine, you see?”

The book became a hit, and over the years, Dr. Seuss became one of the most popular children’s authors ever. He published 44 children’s books in more than 20 languages, and one non-children’s book, “The Seven Lady Godivas,” which was not a hit. More than 500 million Dr. Seuss books have been sold worldwide.

Death to Dick and Jane

Dr. Seuss has often been credited with killing off “Dick and Jane,” the sterile heroes of childhood readers of yore.

“With Dick and Jane, there was never much of a story there,” said Barbara Parker of the National Education Association, whose annual “Read Across America” event culminates on Tuesday, the 100th anniversary of Ted Geisel’s birth.

Dr. Seuss’ books, however, appealed to children — and adults — with their clever rhymes and plot twists.

“In ‘The Cat in the Hat,’ for example — kids really, really like that because they’re expecting the boy and the girl to get in trouble when the mother gets home, but suddenly it’s the cat to the rescue,” Parker said.

“They go against the grain. They don’t do what they’re expected to do,” he said. As in “The Cat in the Hat,” Nel said, “Why not fly a kite in the house?”

Part of Seuss’ charm is his ability to make the ordinary into the extraordinary.

“Ham and eggs is just ordinary, but if you turn it around so that it’s eggs and ham, that’s interesting. And then if you make it green, there’s real genius,” Nel said.

Audrey Geisel is presiding over a year’s worth of ceremonies celebrating “Seussentennial: A Century of Imagination.”

The events include the debut of a Postal Service stamp; a tour of theatrical performances and children’s workshops across 40 cities; a series of Dr. Seuss celebrity book reviews; exhibits of items from the Dr. Seuss archives and of Ted Geisel’s art; the unveiling of a Dr. Seuss sculpture at the Geisel Library at the University of California at San Diego; and the presentation of a star honoring the author on Hollywood’s Walk of Fame.

As she gazes toward the Pacific from her hilltop home, Audrey Geisel says she understood the weight of the job immediately upon inheriting it, but was surprised by how it steadily grew heavier.

“And then suddenly, I had so much to do each day,” she says, describing business responsibilities as well as her philanthropic work as head of the Dr. Seuss Foundation. “But I’ve complicated my own life to a degree, and I don’t deserve much sympathy.”

Geisel is a disciplined and opinionated leader, whose mission is largely to protect the integrity of her husband’s creations.

Geisel, a former nurse, holds court early each morning at a nearby hotel restaurant, arriving in her faithful 1984 Cadillac with the personalized license plate: GRINCH.

“I come down the street and no one has seen anything like it,” she says with a laugh. 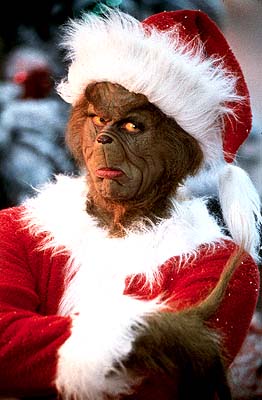 As president and CEO of Dr. Seuss Enterprises, Geisel is tough on those encroaching on Seuss trademarks and copyrights. And when she wanted to have the local Old Globe Theater produce “How the Grinch Stole Christmas,” years ago, she went to New York to free the miserly character from a production that later evolved into the musical “Seussical.”