Who is Dr. Seuss?

A person’s a person, no matter how small,” Theodor Geisel, a.k.a. Dr. Seuss, would say. “Children want the same things we want. To laugh, to be challenged, to be entertained and delighted.”

Brilliant, playful, and always respectful of children, Dr. Seuss charmed his way into the consciousness of four generations of youngsters and parents. In the process, he helped millions of kids learn to read.

Dr. Seuss was born Theodor Geisel in Springfield, Massachusetts, on March 2, 1904. After graduating from Dartmouth College in 1925, he went to Oxford University, intending to acquire a doctorate in literature. At Oxford, Geisel met Helen Palmer, whom he wed in 1927. Upon his return to America later that year, Geisel published cartoons and humorous articles for Judge, the leading humor magazine in America at the time. His cartoons also appeared in major magazines such as Life, Vanity Fair, and Liberty. Geisel gained national exposure when he won an advertising contract for an insecticide called Flit. He coined the phrase, “Quick, Henry, the Flit!” which became a popular expression.

Geisel developed the idea for his first children’s book in 1936 while on a vacation cruise. The rhythm of the ship’s engine drove the cadence to And to Think That I Saw It on Mulberry Street.

During World War II, Geisel joined the Army and was sent to Hollywood where he wrote documentaries for the military. During this time, he also created a cartoon called Gerald McBoing-Boing which won him an Oscar.

The Cat in the Hat is born

In May of 1954, Life published a report on illiteracy among schoolchildren, suggesting that children were having trouble reading because their books were boring. This problem inspired Geisel’s publisher, prompting him to send Geisel a list of 400 words he felt were important for children to learn. The publisher asked Geisel to cut the list to 250 words and use them to write an entertaining children’s book. Nine months later, Geisel, using 220 of the words given to him, published The Cat in the Hat, which brought instant success.

Winner of the Pulitzer Prize in 1984 and three Academy Awards, Geisel authored and illustrated 44 children’s books. His enchanting stories are available as audiocassettes, animated television specials, and videos.

While Theodor Geisel died on September 24, 1991, Dr. Seuss lives on, inspiring generations of children of all ages to explore the joys of reading.

THE ADVERTISING ARTWORK OF DR. SEUSS 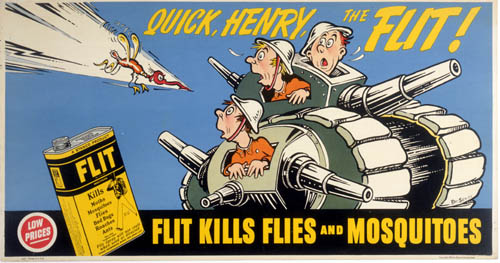 Before Theodore Seuss Geisel found fame as a children’s book author, the primary outlet for his creative efforts was magazines. His first steady job after he left Oxford was as a cartoonist for Judge, a New York City publication. In 1927 one of these cartoons opened the way to a more profitable career, as well as greater public exposure, as an advertising illustrator. This fortuitous cartoon depicts a medieval knight in his bed, facing a dragon who had invaded his room, and lamenting, “Darn it all, another dragon. And just after I’d sprayed the whole castle with Flit” (a well-known brand of bug spray).

According to an anecdote in Judith and Neil Morgan’s book Dr. Seuss and Mr. Geisel (Random House, 1995), the wife of the ad executive who handled the Standard Oil company’s account saw the cartoon. At her urging, her husband hired the artist, thereby inaugurating a 17-year campaign of ads whose recurring plea, “Quick, Henry, the Flit!,” became a common catchphrase. These ads, along with those for several other companies, supported the Geisels throughout the Great Depression and the nascent period of his writing career.

The Dr. Seuss Collection, housed at the Mandeville Special Collections Library at the University of California, San Diego, contains many examples of Dr. Seuss’s advertising artwork. The library has scanned a selection of these advertisements for greater access. Besides promoting the Standard Oil companies Flit and Esso, Dr. Seuss’s creations have hawked such diverse goods as ball bearings, radio promotional spots, beer, and sugar. 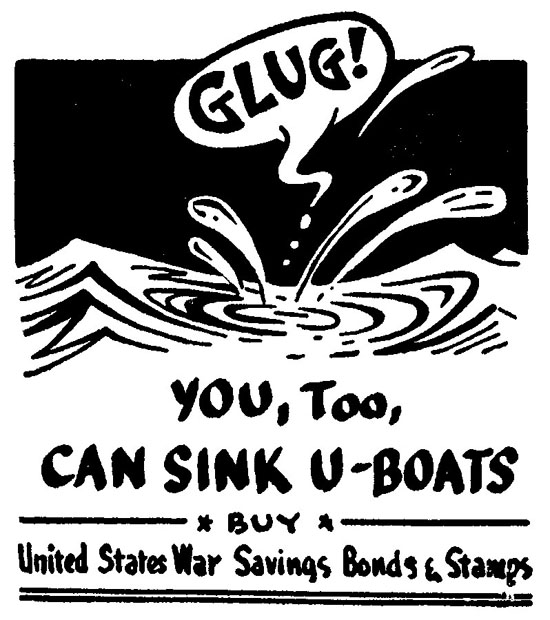 Parody of Lindbergh around 1941 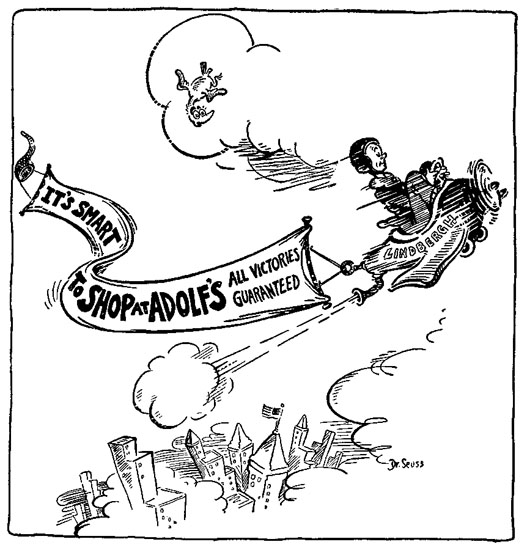