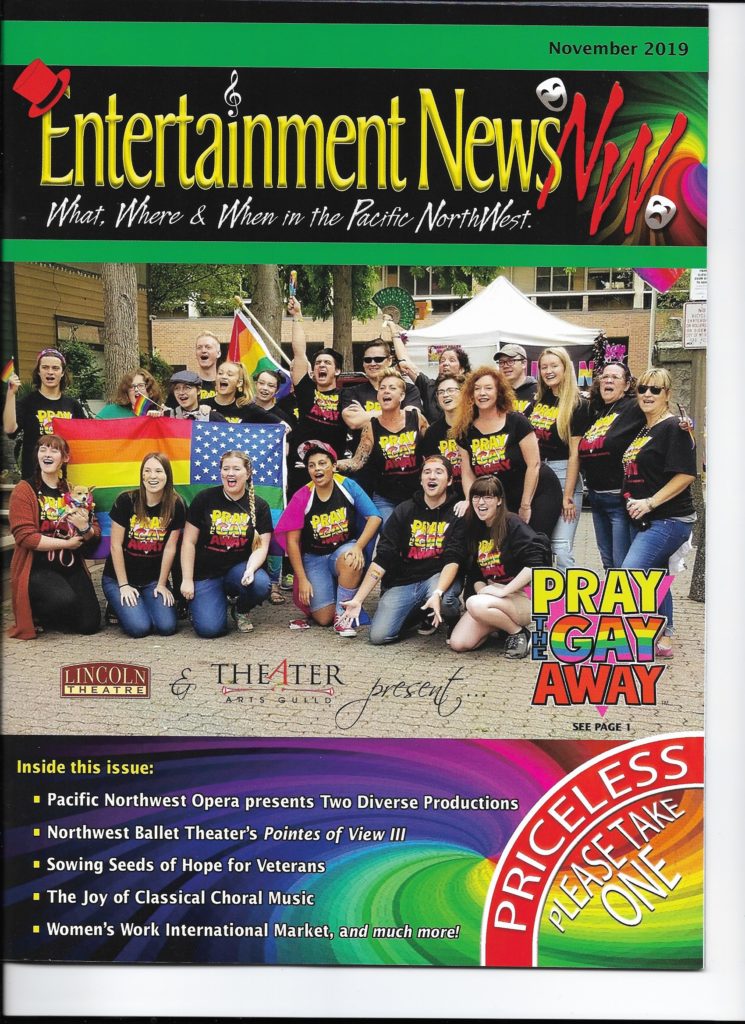 The PTGA project started back in 2015 when writer Conrad Askland was working as musical director and keyboardist for Rock of Ages with Norwegian Cruise Line. He overheard a cast member mention they had been put through gay conversion therapy as a teenager, resulting in a suicide attempt. He started reading books on the subject, and 30 pages into the first book, he knew he had to create something on the topic of gay conversion therapy. “As a writer, the texture of what I want to say can only be done in the format of musical theater,” he said. “This is not the show I WANT to do. It is the show I HAVE to do.”

The play is set in 1980’s Minnetonka, Minnesota. It shows the collision course of two boys subjected to the controversial practice of gay conversion therapy, the Lutheran Church – Missouri Synod that says “homosexual behavior is intrinsically sinful,” a Youth Pride LGBTQ support group fighting for human rights, and the local community caught in the middle.

There are 28 musical numbers, an eight-minute tap dance, and a bunch of stuffed animals. The play is rated PG-13 for mature themes, language, violence, drugs/alcohol and emotional content… basically just about every emotional trigger you can imagine. Because of the sensitive subject matter, the production team has created a Production Preview Guide with the intent to help people determine if the play is suitable for their viewing. The Guide is available through the production website at www.ptgashow.com. Note that the Guide is filled with spoilers.

The show is co-directed by TAG favorites, Lindsey Bowen and Gave Guevara, and is well supported by leaders in the community.

Pastor Bethany Hull Somers of Burlington Lutheran Church (BLC) wants theatergoers to know that the show is both hilarious and heartbreaking. Pastor Somers is looking forward to the ways it will positively affect her community and others where it is staged. BLC is honored to endorse this show and the difficult but life-giving conversations it stimulates.

A prepared statement by Pastor Somers and Reverend Paul Moore of St. Paul’s Episcopal Church includes the following: “Aware of the intensity of the dialogue regarding the LGBTQ+ community in the life of the Christian faith, we celebrate the richness that our LGBTQ+ members, attendees and leadership bring to our congregations.”

Linden G. Jordan, a board member with Skagit PFLAG, is proud that TAG is taking this opportunity to lead on groundbreaking material.

Sharing an actor’s perspective, Jenny Woods, who plays the part of Engebjorg Jacobsen, believes audiences will be impressed by Askland’s funny and poignant script, as well as his original music, and will leave the theater being moved by the feel-good message of love and acceptance.

Tickets are selling well via the Lincoln Theatre Box office, www.lincolntheatre.org. Don’t wait too long to get yours.

PTGA is honest, brave, and the love and compassion oozing from every member of this cast is worth the price of the box of tissues I suggest you bring with you. 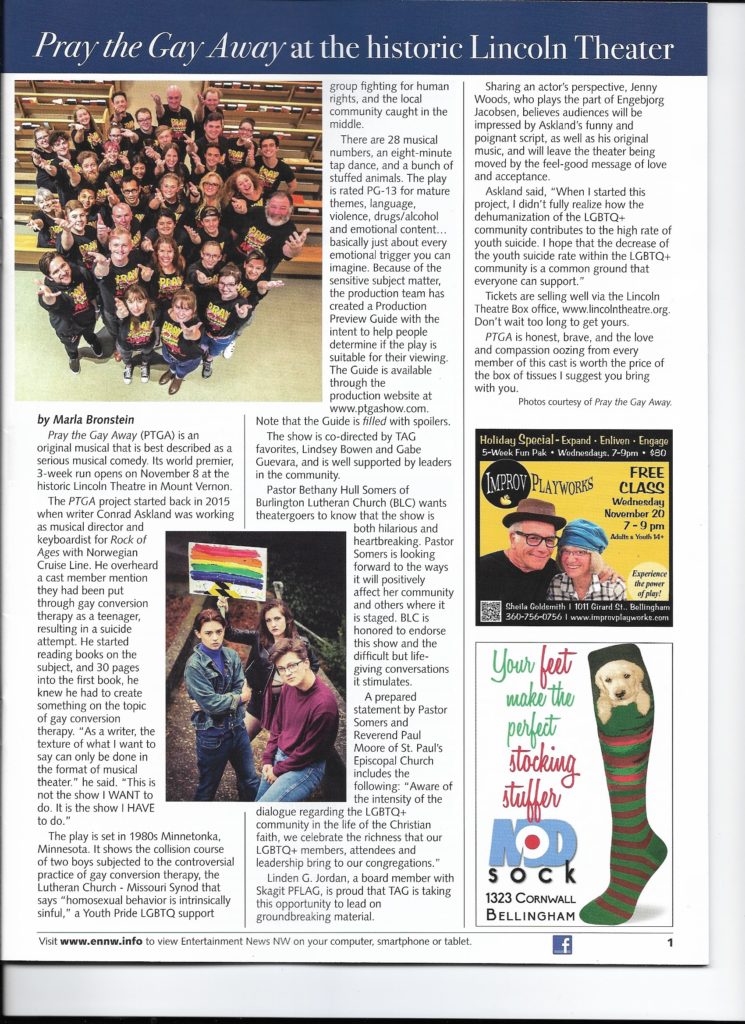