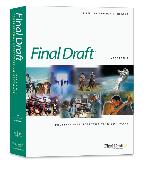 How long should a script be?

How important is the format of my script? And if itâ€™s SO important, how do I go about doing it properly?

While this is the subject of much debate â€“ generally along the lines of individuality versus making life easy for a reader – it seems largely accepted that to be taken seriously you should at least attempt to follow a recognised format for screenwriting. Most of the rules about fonts, margins, page size etc. exist so that scripts follow the very rough formula of one page roughly equalling one minute. The most common way of doing this is as follows:

1. Scripts should be typed in 12 point courier in order to conform to the page a minute rule. Do note that the rule is an average one and the reality is more like 1 page of dialogue = 30 seconds, balanced out by 1 page of action = 2 minutes or more. Either way a script that comes in at longer than 100 pages indicates either a long film or a dialogue-heavy one (or both) with both types of film more difficult to finance and to sell….

2. Margins should be approx 3cm; Text should be justified to the left, with dialogue tabbed approx. 5cm from left; and character names centred.

3. Character names should be centred above dialogue and written in CAPITALS, except when they occur in the actual dialogue. An alternative here is the US method which only puts the character in CAPS when he/she first appears. This makes the first entrance clear for every department – useful for readers and also for make-up, costume, etc, – and avoids the sense that the writer is SHOUTING.

5. Directions should be written in CAPS (eg INT. PUB – DAY)

6. Number scenes on the left. There is some discussion about not numbering until you have been asked to provide a shooting script, immediately prior to production. From that point on the numbers are “locked” and can never be changed. After the numbered shooting script, any new scenes are inserted, eg: 7a, 7b… and deleted scenes are marked as such, eg: 6 SCENE DELETED. They should also be copied on different coloured paper for each redraft. But none of this should concern scripts which haven’t yet been bought.

Software
It is of course possible to make life easy with a number of pieces of screenplay formatting software, the most common of which is Final Draft. The UK edition of Final Draft Screenwriting Software seems to be the serious screenwriter’s software of choice. It’s widely endorsed by industry figures.

While Final Draft is more popular amongst writers, Screenwriter 2000 has stronger production features and integration with MM Scheduling and Budgeting. Other than that, it’s usually down to personal preference.

Free formats
There are a number of free downloadable programmes which have some of the features of Final Draft though most have not been designed to write scripts and so while templates will give you a perfectly formatted script (as will a typewriter), what they will not give you is flexibility and control over your screenplay as you write.

You can set up a template in your Microsoft office program. Go into ‘Styles’ in the formatting menu, set all your styles as per industry format script, type in some keyboard shortcuts so that you can just select and edit text as and when you want to for Directions, Speech, Parenthetical business etc, and just type away. The master scene script is set in a single column format. With the left edge of the paper at zero and your type preferences in picas, give your copy horizontal spacing thus:

Assign all the type in Courier New 12pt type, put these settings in your style menu in word and assign them short cuts (ie: ‘control + 1’ for directions, ‘control + 2’ for speeches etc.). You can set your CONT’s and page numbers in your header and footer menu, then save the whole document as a template which you go into every time you are writing a script. Then, just type. When you return to your work later and highlight each section you can use your short cuts to format it.