A friend sent this to me. Cardboard testimonies from Hillside Church.

Hey, video of me playing at the Grand Ol Opry in Nashville! “Freddy Fender and Conrad in Nashville” – Ok, more like Freddy and a couple seconds of me that nobody knows. This just got posted on YouTube. Performance of Freddy Fender at the Grand Ol Opry (I think around 2001 – don’t remember). I DO remember we had to wear suit jackets for the performance and be clean shaven – I look like a dork in the video, oh well.

This was Freddy’s last appearance at the Opry, the first appearance in over twenty years. We performed “Wasted Days and Wasted Nights” and “Before the Next Teardrop Falls”. Thanks to Chris Jurado for posting this.

END_OF_DOCUMENT_TOKEN_TO_BE_REPLACED

Email question received – How important is a degree for a career in music?

Hey conrad i have an interest in music production/recording and need some advice if you have the time. Im thinking about school at mtsu outside of nashville and i was wondering about job oppertunities and the long hrs was a concern. Is it long hrs no doubt or does it depend on the area of study? Is a degree a must?

A degree or certificate sure looks good on a resume when you’re starting out. Many people I work with that have good positions for their age have some sort of degree or certification. That being said, I don’t have any – but I studied very hard for years at different universities, workshops and with many artists. If I had to do it again, I may have jump started with a degree instead of learning everything the hard way.

Indonesians as a group are friendly, outgoing people, always willing to help; however, it does help to have a bit of cultural knowledge before your arrival.

END_OF_DOCUMENT_TOKEN_TO_BE_REPLACED 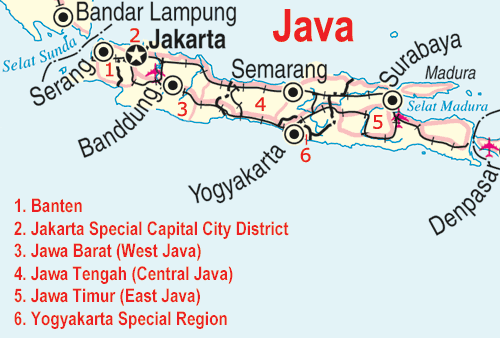 Surabaya is one the East side of Java, an island in Indonesia. It is Indonesia’s second largest city. Indonesia is the world’s fourth most populous country and mostly Muslim.

Surabaya Indonesia is also a “sister city” and has a formal poltical friendship with Seattle, WA – my hometown area.

Surabaya is the capital of East Java province and the biggest metropolitan city in Indonesia with the inhabitant approximately 3 million Peoples. Surabaya officially established in 1293. Surabaya well known as Heroic City , the date was taken from the glory of Raden Wijaya, the first king of Majapahit who against China troops. Surabaya is a metropolitan city in which have religious nuances, the community had the feeling of the high solidarity and the spirit of heroism that never knew surrendered.

END_OF_DOCUMENT_TOKEN_TO_BE_REPLACED

In the video while talking to the audience Inul Daratista says to the audience, “Do you think a big bottom is good or not?” – Well, I think I know the answer to that one…

Dangdut Sera music from Indonesia. I am told this style of music is exclusive to the Indonesian style.

06/08/08 Update – Just got back from the Air Supply concert at the Sands Macau. It was really great if you like Air Supply (and I do!). They did a couple covers including “Can’t Live Without You” and “The Power of Love”. Their piano player did a great solo piano Etude and the drummer was very entertaining.

Graham Russell performed a solo guitar/vocal piece from their upcoming album (first CD release in since 2003) that I think was called “The River and Me”. It was very moving and was really the point in the show where the audience got pulled in and connected.