Took me a while to find a good source for live streaming news on Japan. NHK World works well from Macau, China for a live tv news stream. 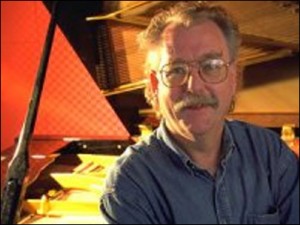 Seattle is in mourning today and for all time on the death of George Shangrow. Seattle area conductor George Shangrow was killed in a car crash on Saturday July 31, 2010.

It’s not normal for me to publish things like this on my website. But this is just so shocking to me. I first worked with George when I was around 12 years old as a boy soprano and in 2005 had offered to relocate my record label and internet company to Seattle to solely focus on promoting his groups. I’m so sad to hear this. What a tremendous loss. He was such a great conductor, pianist and person. Condolences to his family. 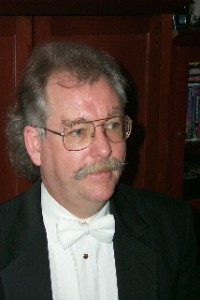 When I was around 12 years old, George Shangrow was around 27 and worked as a rehearsal pianist for the Northwest Boychoir that I was in. He would also sometimes accompany me in voice lessons and later I sang in the chorus with him conducting Bach’s St. Matthew Passion.

In 2006, before I relocated to China with Cirque Du Soleil, I last saw him conduct the Bach Mass in B Minor in Seattle, WA. I spoke with him after the concert and he said “Are you still interested in that studio and internet thing?” and I said “Yes”. But that was the last we spoke and I relocated to China.

END_OF_DOCUMENT_TOKEN_TO_BE_REPLACED

I was going to wait until the uploads were finished to announce this but Google is already indexing my audio – so you can download audio I’ve written and produced at http://www.ConradAskland.net

It’s the “dot net” version of my name. The site you’re on now is “dot com”. I split the downloads into a new website because this one is already getting really bogged down with traffic.

And since I’m at it I’ll let you know that my forum which I never told anyone about is at:
http://forum.ConradAskland.com

I’ll keep doing uploads as I can and then come back here to make all the navigation between the different areas more user-friendly.

Olberman slams Pat Robertson and Rush Limbaugh for their comments on Haiti. 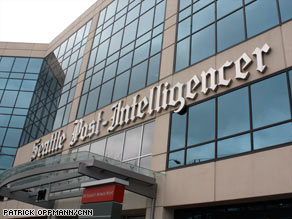 The Seattle Post-Intelligencer printed it’s last newspaper on March 17, 2009. It will now only be available online as an internet newspaper.

Excerpt: The paper published its final print edition Tuesday (March 17, 2009) as the P-I makes a transformation into an online-only news outlet. A skeleton crew of 20 to 25 staffers will remain at the new Seattle PI.com while more than 140 staffers will lose their jobs. 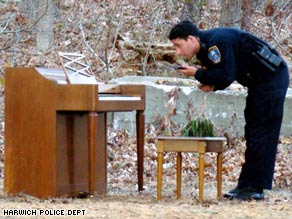 CNN reports that police in Harwich, Massachusett received a report of a piano in the middle of the woods. A woman discovered it at the end of a dirt trail. The piano is in tune, in fine working order and includes a bench placed in front of the piano as if someone was about to play.

END_OF_DOCUMENT_TOKEN_TO_BE_REPLACED

I’m not very much into politics. Partly because I have heard too many political rantings from people in my life. Armchair quarterbacks spouting off all the absolute truths of how things are, so convinced of how brilliant they are. I used to ask what they were doing about it, and get no fulfilling answer. They would vote in a presidential election, and that’s it. No time spent lobbying, no donations to special interest groups, no real world time devoted to their rantings. It bores me. Save it for the local Irish pub.

END_OF_DOCUMENT_TOKEN_TO_BE_REPLACED

I’ve received quite a few emails lately from longtime retailers that want to continue selling my CD’s but have run out of stock. I’m giving thought to options about the direction to take for distribution in the future. Will keep you updated. 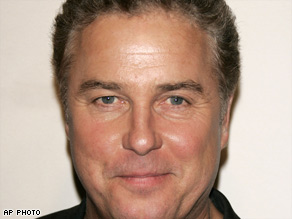 OH NO!!!!!!!!!!!! I have a family member who will be very upset about William Petersen leaving CSI…

Starbucks coffee announced it will be closing 600 stores and relocating employees to existing stores.Â  Very sad news for all us coffee lovers. A moment of silence?