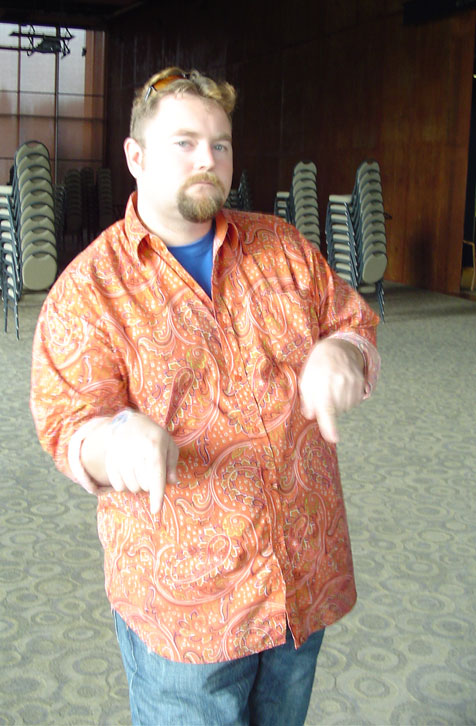 Cheepburger is finally hitting the stage!!!!! Written and directed by Dave James, produced by Carrie James. My home boy don’t put out nothing but the best, so go see it.

This is the WORLD PREMIERE of a new original comedy.

Carrie writes (you are too funny):

Soâ€¦ Dave wrote a play. Itâ€™s awesome. Itâ€™s based on Shakespeareâ€™s Much Ado About Nothing. It takes place in a fast food restaurant called Cheepburger. Hence, it is called Cheepburger. It is a load of fun. You should come. Or else you will regret it. Forever.

Lone Rooster Productions is made up of students from both Port Susan Middle School and Stanwood Middle School. After having great success in past years with well-known shows such as Bye Bye Birdie, Anne of Green Gables, Into The Woods, Guys and Dolls, and Annie, the kids of Lone Rooster are proud to be producing their first brand-new original comedy.

Cheepburger takes place in a chicken-based fast food restaurant, and is based on Shakespeareâ€™s Much Ado About Nothing. It was written by local teacher and Lone Rooster director Dave James, although the actors, actresses, and tech crew have contributed greatly to the flow and humor of the script during the rehearsal process. The play follows the stories of two young couples. One of the couples has just met, and they seem perfect for each other. But an acquaintance of theirs who doesnâ€™t like to see others end up happy conspires with her trouble-making friends to break them up. The other couple consists of a boy and girl who have dedicated their lives to insulting and ridiculing each other, to the point where their friends conclude that only two people completely in love could possibly spend so much time trying to offend each other. Having realized this, their friends concoct a plot to make them fall in love once and for all.

Many of the characters in the play are employees of the Cheepburger fast food restaurant, but there are also many customers who visit Cheepburger, including a well-to-do lady who thinks sheâ€™s in a five-star restaurant, a man who desperately wants roast beef when all they have is chicken, and an entire soccer team whoâ€™s trip to Cheepburger ends in an all-out food fight.

In all, about 40 students will make Cheepburger run smoothly both on stage and behind the scenes. Cheepburger will run April 27th at 7:00 pm, and April 28th at 2:00 and 7:00 pm. All shows will be at the Stanwood High School Performing Arts Center. Tickets are only five dollars, and are available at Snow Goose Books in Stanwood or at the door.