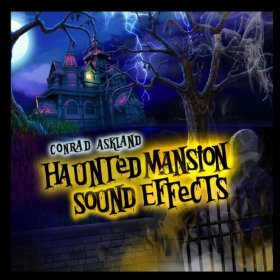 This was a very fun, exhausting and scary project to work on. The fun part was I improvised a lot of different creepy pipe organ, harpsichord and piano music to create a feel I liked for the different Halloween themes. My favorite part was playing a lot of JS Bach style pipe organ bits interspersed with the expected Halloween tritone movements.

The music side of the album uses pipe organ, harpsichord, detuned pianos, harp and celeste for that creepy Halloween sound. The celeste was particularly fun to improvise with because it’s a sound I don’t get to use in too many productions.

Also included on this album is my “Dracula Overture” – so you can download that as part of the album instead of buying the single. The Dracula Overture was recorded back in 2007 for a production I did back in Washington, USA. The rest of the music was written during September-October 2011.